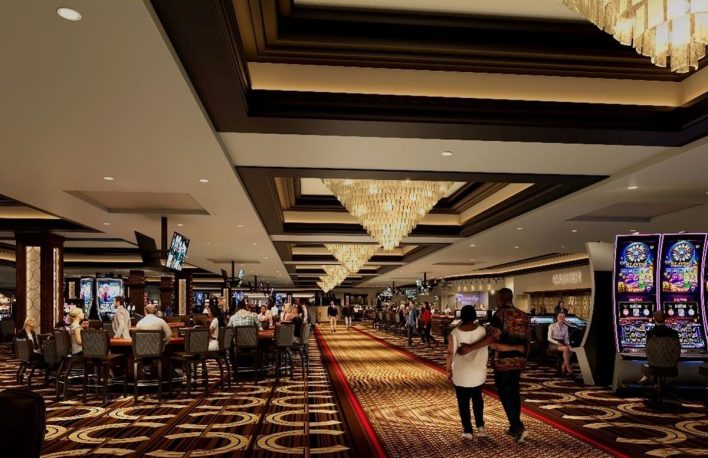 Bally’s Las Vegas Hotel & Casino, with in conjunction with Paris Las Vegas Resort & Casino will host the 2022 World Series of Poker this summer, will be rebranded as Horseshoe Las Vegas in the coming months. The venue’s rebranding and makeover will begin within weeks and will run through much of 2022.

In the process, and highlighted by parent company Caesars Eentertainment, the WSOP will be returning to the “Horseshoe” brand under which the series originated more than 50 years ago. The WSOP was launched in 1970 at Binion’s Horseshoe in downtown Las Vegas.

Binion’s, along with the Horseshoe and WSOP brands, were acquired in 2004 by Caesars (then known as Harrah’s Entertainment), and Caesars soon sold the downtown property, which was then renamed as Binion’s Gambling Hall. Meanwhile, the rapidly expanding WSOP moved to the much larger Rio Convention Center, while Harrah’s used the Horseshoe brand name on other properties across the U.S.

The Horseshoe brand was absent in Las Vegas for nearly two decades, however, until Caesars announced its pending return yesterday. According to the new Horseshoe Las Vegas’s general manager, Jason Gregorec, “At Horseshoe, it’s all about the gambler. Since 1951 Horseshoe Casinos have been home to the best odds, highest limits, and biggest jackpots. So, it’s fitting that we bring Horseshoe back to Las Vegas, and right on the Las Vegas Strip. Holding to the Horseshoe tradition of providing impeccable service, our guests will see the property transform over time, ensuring we aren’t disrupting the excitement while we make the transition.”

The Horseshoe Las Vegas (currently Bally’s) and the adjacent Paris Las Vegas sit at the heart of the Las Vegas Strip, where Flamingo Road. intersects Las Vegas Blvd. (a/k/a the “Strip”). Though roomier overall than the aged and no longer Caesars-owned Rio, the high-traffic nature of the central Strip brings other logistical challenges, including parking and traffic delays.

WSOP featured in brand change, but was originally an afterthought

It’s true that the WSOP’s own five-decade history is deeply anchored to the Horseshoe legacy, though back in the early 2000s, the series itself almost collapsed under the mismanagement of Becky Binion, who acquired Binion’s Horseshoe and the WSOP amid a fierce family battle. Improper financial practices and missing pension funds led the Nevada Gaming Commission to shutter the property in 2004.

Harrah’s Entertainment then stepped in and purchased the property, picking up the WSOP as part of an all-assets deal. However, the WSOP was at that time considered an insignificant asset, as the series’ then head tournament director, Matt Savage, noted on Twitter:

That was the reason they ended up with the WSOP in the first place, they wanted the Horseshoe name not the poker tournament. Will be interesting that they are bringing the WSOP back to the Horseshoe.

The very profitable and corporate behemoth that the WSOP became was made possible in part due to the series’ move to the much roomier Rio, but it also was a right-place/right-time moment. Poker in general was in the early stages of a massive growth stage, largely due to online poker’s boom and the mainstream awareness of the game now known as the “Moneymaker Effect,” for Chris Moneymaker, the 2003 WSOP Main Event winner.

Moving the WSOP back to “Horseshoe” instead of Bally’s also reduces brand-name confusion connected to the Bally name. That includes Bally’s Entertainment, a separate casino-owning American company, plus Bally Manufacturing, the long-time gaming and device manufacturer whose lines include many casino-related products.