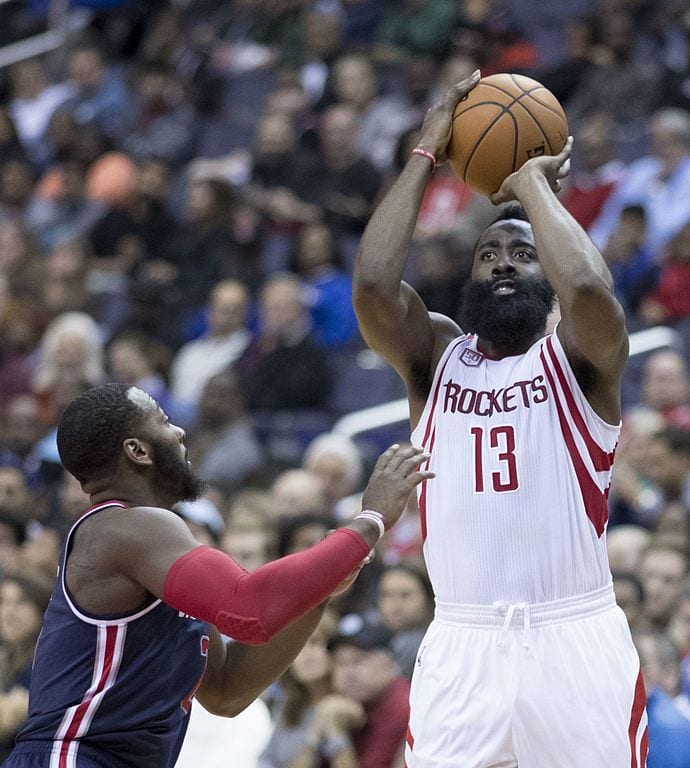 Earlier this week, we speculated whether there would be a trade between the Philadelphia 76ers and Brooklyn Nets that involved James Harden and Ben Simmons.

And just before the trade deadline came down yesterday, we got our answer.

The Brooklyn Nets and Philadelphia 76ers agreed terms on a blockbuster deal that will see the 76ers receive James Harden and Paul Millsap.

However, the Sixers had to pay a hefty price to secure the trade with Ben Simmons, Seth Curry, Andre Drummond and two first round picks (2022 and 2027) included in the deal, although there is some flexibility over both first round picks that Brooklyn can exercise.

A Resolution Of Sorts?

BREAKING: James Harden has forced himself off another team as Brooklyn trades him to Philadelphia.https://t.co/uIkR296Eza

The trade, which had as late as last week been written off as not happening by the Nets coach Steve Nash, is a resolution of sorts for both teams as they moved on unhappy players.

For the 76ers, Ben Simmons, who had effectively downed tools after being heavily criticised by fans and fellow team members following the 76ers playoff defeat to the Atlanta Hawks last season, gets a fresh start in Brooklyn.

The Australian has been working on his mental health over his long absence from the 76ers but it is believed that he has already contacted members of the Nets team to try and get himself ready for a return to action sooner rather than later.

And being honest, the Nets need him after losing their tenth game in a row against the Washington Wizards yesterday evening.

With Kyrie Irving only eligible to play in road games, and Kevin Durant out until the All Star break at the very earliest, the Nets season is in danger of tanking after their latest 113-112 defeat to the Wizards

Brooklyn have moved from a 29-16 record and top spot in the East, to 29-26 and currently lie 8th, with four teams below them in striking distance.

Next up they take on the Conference topping Miami Heat in Miami and while Simmons is unlikely to play, Curry and Drummond could well feature in that game.

76ers Get Their Man – Eventually

When James Harden made it clear he wanted out of the Houston Rockets last year,

the Philadelphia 76ers were strongly linked with a move for the superstar.

In the end, Harden was persuaded to the Brooklyn Nets to team up with Durant and Irving, but it was an experiment which never really worked, as due to injuries and Covid protocols, the players only played together as a three 16 times in the past year.

Perhaps unsurprisingly, James Harden then decided he wanted out of Brooklyn and with the 76ers never having dimmed their interest in the player. Trade talks began to swirl, with rumors circulating in January that a potential trade was on the table.

However, it has only been in recent games where Harden’s effort and performance have made it abundantly clear he wanted out of Brooklyn, including a woeful 4-point effort in his last game for the Nets.

However, now he and Paul Millsap are now 76ers players, with fans of the team desperate to see Harden in tandem with their NBA MVP calibre superstar center Joel Embiid.

The 76ers also waived DeAndre Bembry in order to create space on the roster to facilitate the trade.

A look at the BetMGM Sportsbook latest odds on who will become the NBA Champions has seen a marked change in the betting with the Nets drifting out to be the joint favorites to win it all at 9/2 with the Warriors and Suns.

However, the odds on the 76ers have been slashed from around 12/1 down to 7/1 on the back of the news that Harden has signed.

deadline day in the NBA this week.

Kristaps Porzingis has left the Dallas Mavericks along with a second round pick to join the Washington Wizards, with the Mavericks getting Spencer Dinwiddie and Davis Bertans in return.

The Charlotte Hornets snagged Montrezl Harrell from Washington, with Ish Smith and Vernon Carey Jr. moving in the opposite direction.

The Boston Celtics took San Antonio Spurs star Derrick White, with a 2022 First Round pick plus Josh Richardson and Romeo Langford making the move to the Spurs in return.

There was a four-way trade deal between the Pistons, Clippers, Bucks and Kings with the Pistons landing Marvin Bagley III, the Clippers Rodney Hood and Semi Ojeleye, the Kings picked up Donte DiVincenzo, Josh Jackson and Trey Lyles, while the Bucks picked up Serge Ibaka and two second round picks (2022 and 2024).

The Indiana Pacers snagged Jalen Smith and a Second Round pick from the Phoenix Suns in return for Torrey Craig.

Now Trade Deadline Day is over, the All Star game is on the horizon and teams will start the countdown to the postseason from now.

An exciting few months lie ahead for NBA fans!