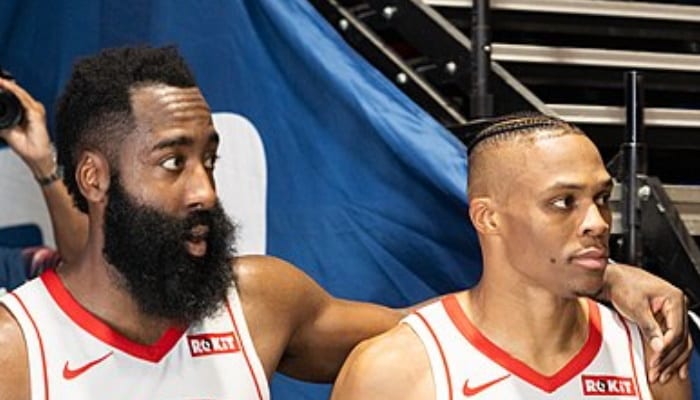 It’s an open secret that Ben Simmons wants out of Philadelphia 76ers and the franchise’s top brass are keen to make it happen.

But they know the value of the player and that value is very pricey indeed.

So far, it is the demands Philadelphia would want for Simmons that have probably put off suitors, plus the fact he is currently out injured with a back injury.

However, there are murmurings and rumors afoot that the Brooklyn Nets star James Harden may well be interested in a trade to the 76ers, with Simmons going in the opposite direction.

We’ve been here before with Harden, last January to be exact, when he engineered a not-so-skilful trade away from the Houston Rockets.

With the Nets suffering a 106-96 loss to the Los Angeles Lakers last night, a game in which Harden scored 33 points, with Kevin Durant out injured and Kyrie Irving’s Covid situation meaning he is not available for home games, Harden’s hopes of becoming part of a superstar three at Brooklyn have been put on ice.

And it now appears that the Nets star may well be wishing he had opted to head to Philadelphia when he traded away from Houston last year.

On the same night that Harden and the Nets were losing to the Lakers, the Philadelphia 76ers closed the ground on their rivals with a win over the New Orleans Pelicans, meaning that they are now just one game behind the Nets, who sit third in the very tight Eastern Conference behind the Heat and Bulls.

Big man Joel Embiid had another big night for the sixers, scoring 42 points and landing 14 rebounds and four assists as Philadelphia rallied from a first half deficit to claim a 117-107 win thanks to a strong second half showing.

It is abundantly clear that pairing Harden with Embiid would massively improve the 76ers chances of landing the NBA Championship but it appears that the 76ers would rather wait until the off-season before making their play for Harden.

So how could a potential deal between the two teams unfold?

How Would The 76ers Sweeten The Deal To Land Harden?

As much as 76ers fans would love to think it could happen, it does appear that a straight swap deal of Simmons for Harden just isn’t going to be enough to get the deal started.

Instead, it appears as if the 76ers would offer multiple players, including Simmons, plus a future first round pick in order to land Harden and one other player from the Nets.

However, the deal could be complicated further with reported interest in Simmons, and another 76ers star Tobias Harris from a number of teams, with the Sacramento Kings believed to be interested in take on the two in a deal with the 76ers.

76ers spread them Harden rumors to get the trade line jumpin lmao https://t.co/WPoUbKc2RM

That would then leave the 76ers with enough cap space to potentially make a different move for Harden in the offseason as seems to be their preferred option at the moment.

With the trade deadline on the horizon, this looks like it could be one of the key deals being thrashed out over the next few weeks.