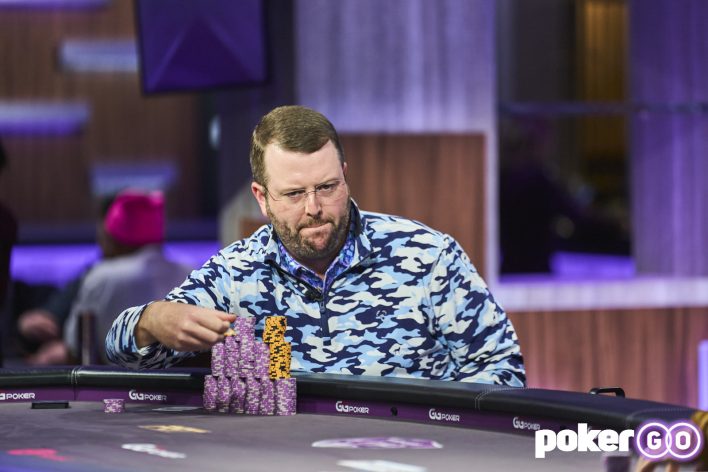 Jake Daniels won Event #3 of the PokerGO Cup. In the process, he landed himself in joint second place on the leaderboard for the series. The winner of the leaderboard wins a further $50,000, a silver cup, and a purple jacket.

The stakes go up in Event #4, so the fields are going to be much smaller from here on out.

Most of the usual suspects still turned out for the $10k events in the PokerGO studio at the Aria. Among those who busted before the money bubble were players like Cary Katz, Bryn Kenney, Nick Schulman, Ali Imsirovic, Stephen Chidwick, Darren Elias, and the defending PokerGO Cup holder, Daniel Negreanu.

The final table saw a half-dozen sharks circling each other, scenting out the slightest hint of blood. Brock Wilson was the first to bust. Chris Moorman, one of ACR’s newest Team Pros, went to the rail in 4th place. He was the larger stack in a double elimination that also put paid to Sean Winter’s (5th) run in the event.

With three players left Daniels had an enormous chip lead over his remaining opponents.

He was able to maintain that lead all the way to the end as first Daniel Weinand left the table then — after a short heads up bout — Jeremy Ausmus.

Ausmus took home $144,000 for his second-place finish. He also found himself in 8th on the PokerGO Cup leaderboard.