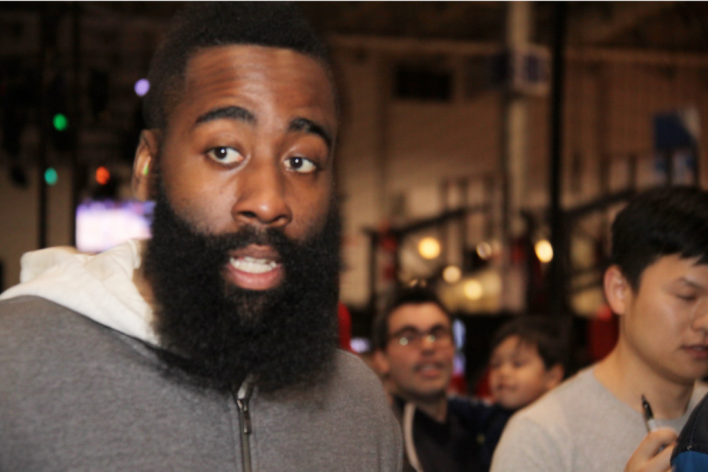 As the trade deadline passes, there’s plenty of value on team futures

Every year, the trade deadline brings us some interesting developments for the power dynamics of the league. Typically, trades around the deadline don’t do a whole lot for a team’s chances at winning a title. However, they can do a lot to turn a six seed into a four seed by the time the playoffs begin.

This year, all the talk has been about Ben Simmons. Every few days, we heard either old news or more speculation, or rumors about something around Ben Simmons. As annoying as it was, Ben’s situation was unprecedented in the history of the NBA. No player of his caliber had just willingly sat-out a season and taken massive fines along the way.

For as insane as the entire Ben Simmons situation has been, we finally got a deal with an hour left on deadline day. Simmons, Seth Curry, and two future firsts (2022 and 2027) were sent to the Nets for James Harden (other pieces were involved but they’re pretty inconsequential. The move might actually work well for both teams, but I can’t help but feel like the Sixers gave-up a lot for a guy who is in bad shape and quit on two teams now within a calendar year.

When the Dust Settled

As soon as Thursday’s deadline passed, a much clearer picture formed across the NBA landscape. The Harden-Simmons trade shifted the odds in a big way, but the rest of the league made relatively small moves. Overall, it was another entertaining deadline with big ripples in the East, yet line movement has been all quiet on the Western front.

This is a long shot for those of you who want a “real” longshot. Currently, the Pelicans are the 10 seed in the West (in a play-in spot). With the addition of CJ McCollum, the Pelicans could POTENTIALLY have a starting five of: CJ McCollum, Brandon Ingram, Herb Jones, Zion Williamson, and Jonas Valanciunas.

Now, maybe the value here is based on the idea that Zion isn’t coming back. That’s definitely a good reason as to why these odds are so long. However, if you believe Zion will be back to the court by the time the playoffs roll around, you could get legitimate value on this team, who looks poised to raise some hell in the postseason. Without Zion, this team probably isn’t making it out of the opening round. With Zion, this team could go much, much further.

Given the disdain we know Zion harbors towards this organization (largely his own fault), it seems unlikely he’s going to return to the court this season. What began as a minor foot issue has spiraled into an endless cycle of reports around “rehab and evaluation” setbacks.

The 76ers odds increased very slightly after the trade deadline. Losing a player the caliber of Ben Simmons is tough, but the Sixers were getting absolutely nothing from him. The trade obviously helps both teams in this rare case, because we had a player in Simmons who was refusing to play. A snack machine would’ve been an upgrade over Simmons. Fortunately, the Sixers got a snack machine that can shoot threes in the form of James Harden.

With the addition of James Harden, the Sixers add an elite scoring option, with range, to their offense. Harden will draw a fair amount of defensive attention, but the space and attention he’s going to draw should take a little pressure off Tobias Harris and Joel Embiid. The only potential issue here is what the trade did for the other team involved.

There are a few directions this can go. Aside from the questions surrounding Harden’s fitness level, this team loses defensive versatility with this move. The other major problem this creates is the offensive potency it created for the Nets. By making this move, the Sixers improved their current situation, but likely improved the Nets as well. If Durant comes back and isn’t quite the same, the Sixers have a shot in the East, but if Durant is healthy, this move may come back to bite the Sixers in a big way.

A lot of key information on players gets lost sometimes in narratives. Much of the narrative surrounding Ben Simmons lately has been “Choker”, “Quitter”, “Brick-layer”, “non-shooter”, “Soft” etc. Parts of that may actually be true, but some people are forgetting just how good this guy is. As the #2 feature player on the Sixers a few years ago, the Sixers were just one shot from going to the NBA Finals. Now, Simmons moves to a team where he won’t be asked to do a lot on offense.

Ben Simmons is a great playmaker and defender. His shooting woes are well documented, but what this guy can do as a facilitator is especially impressive. He rebounds well, passes well, and defends well. As the third option on this team with two tremendous ISO players, Simmons can have the space he needs to operate around the basket on offense, with great shooting options on the outside.

Verdict: A great bet, in theory

We’ve explained why this should work in Brooklyn, but will it? We already known Kyrie Irving can only play in away games, but there’s optimism on the horizon that situation could change in the near future (allowing Kyrie to play every game). If Durant returns healthy for the playoffs, and both Simmons and Kyrie can stay healthy, this team has as high of a ceiling as anyone (especially with the additions of Drummond and Seth Curry).

This isn’t insane, nor is it a stretch. Though the Phoenix Suns appear to be the team to beat right now in the West, the Warriors have the horses and the type of team that could win a title. With Klay Thompson getting re-acclimated and Draymond Green scheduled to return soon enough, the Warriors should have time to sort out a cohesive unit by playoffs. Also, the Warriors will get James Wiseman back.

Though Wiseman is a bit of a question mark, the emergence of Jonathan Kuminga as an athletic freak and the shooting depth on this roster makes for a dangerous unit. Wiseman is the wildcard here, as his utilization either on the first or second unit could add or reduce the offensive potency and chemistry dynamics currently in place.

We’ve seen this before with Steph, Klay, and Dray taking down the best teams in basketball. The only reason this isn’t the top choice on the boards right now is simply the recency bias. The last time these three were all healthy and playing together, we saw them hoist a title. With so many new pieces all over the league in new spots, trust what you’ve seen before.

This bet is based on the high likelihood the Pelicans will be in a play-in spot for the playoffs (which isn’t at all unrealistic). Currently, the Pelicans are in the 10 seed. They just acquired CJ McCollum and now feature CJ, Ingram, Jonas, Herb Jones, and Zion (when he returns). If you are a believer Zion returns this season, he’s going to be a tremendous asset for the playoffs. If you don’t believe Zion will return, the Pelicans likely aren’t making it out of the pay-in.

It’s really simple. If Zion returns for the play-in, the Pelicans will likely be close to even odds or possibly even an outright favorite. If Zion doesn’t return, you’re looking at something like +335 odds for them in their play-in game. Either way, the odds should be better than they are now, making this pick a great value bet.