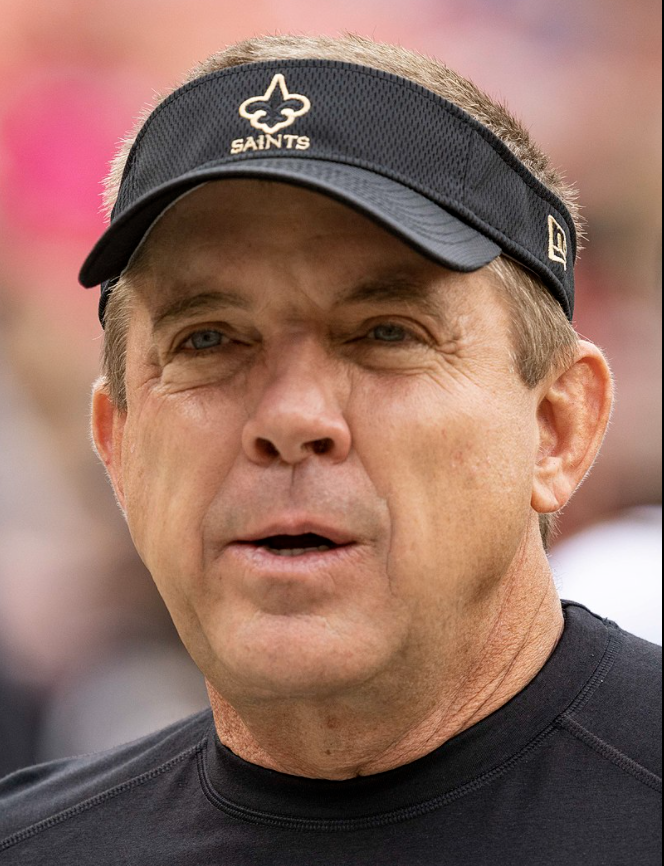 The 2022/23 NFL Season will start for the New Orleans Saints without Sean Payton as head coach for the first time in 16 years.

Payton took over in 2006 with a team, and a city in disarray after Hurricane Katrina had devastated the city in the months leading to Payton taking over.

Professionally, Payton was tasked with turning around the fortunes of a 3-13 franchise that had been failing for several years and who had never reached the Super Bowl.

In reality, the fortunes of his team were inextricably linked with the revival of city of New Orleans after the hurricane and culminated in an emotional Super Bowl win in 2009, just three years after Payton took over at the helm.

He also played for the Leicester Panthers as part of the UK Budweiser National League, leading them to the quarterfinals before he made a return to the United States as an offensive coaching assistant at San Diego University.

He held a number of coaching positions at colleges and universities before he was appointed as the quarterback coach at the Philadelphia Eagles in 1997.

A spell at the New York Giants followed before he joined the Dallas Cowboys in 2003 under Bill Parcells, working his way up to assistant head coach/passing game co-ordinator by 2005 and he was instrumental in the Cowboys signing Tony Romo, who went undrafted in the NFL Draft that year.

However, a head coach position was available at the second-worst team in the NFL in the summer of 2006 and Payton took on the role.

the Saints in 2006. Hurricane Katrina had devastated the city and surrounding areas killing 1883 people. On the field, the Saints were a 3-13 team the previous season.

Payton persuaded free agent Drew Brees to come in and become the face of his new franchise and began working hard. He led the Saints to the playoffs on the back of a 10-6 season in his first year as coach, but then fell short in 2007 with a 7-9 record.

However, Payton was building something special and in 2009 the Saints finished 13-3 on the regular season and went on to defeat the Indianapolis Colts 31-17 in Super Bowl XLIV.

Payton was a hero in New Orleans but there lay some darker times ahead for the coach, proving sometimes that Saints can be sinners.

In March 2012, the NFL concluded an investigation into claims that the Saints had offered bounties to its players to knock out (i.e. injure) opposing players to take them out of the game. While defensive coordinator Gregg Williams was deemed to have administered the funds, the investigation also implicated Payton, claiming that he had tried to cover up the issue when the NFL first investigated in the 2009-10 season.

Payton was suspended for the entire 2012 season as a result, and after an appeal was rejected, Payton sat out the season before being reinstated on January 22nd 2013.

After this black mark against him Payton continued to coach the Saints to high levels, with Drew Brees his signal man on the field. The Saints were regulars in the Playoffs and were involved in some of the most famous games in recent times.

They were twice on the wrong end of poor luck in key games. Against Minnesota in 2017, they lost to the Minnesota Miracle, a last gasp touchdown scored by Stefon Diggs which denied the Saints a shot at the NFC Conference Title.

A year later, they would be the victim of a disgracefully poor officiating decision where no foul was called on Nickell Robey-Coleman’s hit on Tommylee Lewis as he went for Drew Brees pass. That miss by the officials allowed the Rams to tie the game with a field goal, as opposed to having to go for a touchdown and the Rams then won the game in overtime.

The play was so damning, that at the end of the season, the NFL changed the rules to allow pass interference calls (and non-calls) to be subject to a coaches challenge.

Payton’s legacy is that he not only brought New Orleans their first ever Super Bowl win, but

he also rekindled a sense of hope and a positivity for the future for the City after the devastation of Hurricane Katrina.

Furthermore, he has established the Saints as perennial playoff contenders in the NFC. He won seven NFC South Divisional titles and reached the NFC Championship Game on three occasions.

In 8 of the 14 season’s he coached, the Saints reached the playoffs and won at least one game in six of those eight appearances.

Sean Payton’s shoes are going to be tough for the next head coach in New Orleans to fill, but whoever gets that role, will take over a team in a city that has been rebuilt from anew and which has a very positive outlook for the future. Especially with that stellar defense.

Payton has said that while his heart is not in coaching for the time being, he is not ruling out a return to the NFL in the future.

And if he does come back, then there will be plenty of interested franchises calling him up for interview.