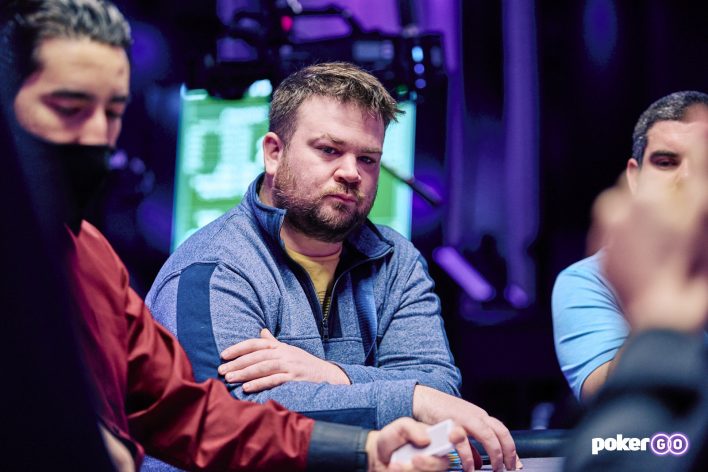 The 2022 PokerGO Cup’s first event — a $10,000 buy-in no limit hold’em tourney — marked the first serious poker Daniel Negreanu has played since the 2021 World Series of Poker. The GGPoker sponsored pro has been taking it easy for the last couple of months, working instead on his fitness regime and chess game.

The PokerGO Cup was able to pull him out of his restful seclusion in large part because Negreanu is the current holder of the PokerGO Cup.

His hopes of defending the silverware got off to a rocky start with a “no cash” result in Event #1, when some bad luck sent him to the rail in the mid-game of the tourney. The event ultimately went to Daniel Colpoys instead.

“No cash in @PokerGO Cup Event #1 on one bullet,” tweeted Negreanu. “Back at it today for event #2. You can watch the final table soon @PokerGO headlined by @DarrenElias and @luckychewy.”

Being a high roller event in the winter, most of the 77 entries were from big names too. Negreanu busted before the money bubble broke, along with folks like: Anthony Zinno, Ali Imsirovic, Jeremy Ausmus, Bryn Kenney, Chance Kornuth, Stephen Chidwick, and Sean Winter.

The eventual winner, Colpoys went into the 6-man final table in third place with 1.71 million in chips, almost even with Darren Elias (1.74 million). Everyone was in the shadow of Andrew Lichtenberger’s enormous 3.8 million chip stack.

None of these three players was in much danger from the rest of the table until three-handed play when Elias hit the rail. That left Colpoys heads up with Andrew Lichtenberger.

Lichtenberger couldn’t regain his lead and eventually succumbed earning $146,300 for his second-place finish.

You can watch the full final table on PokerGO.