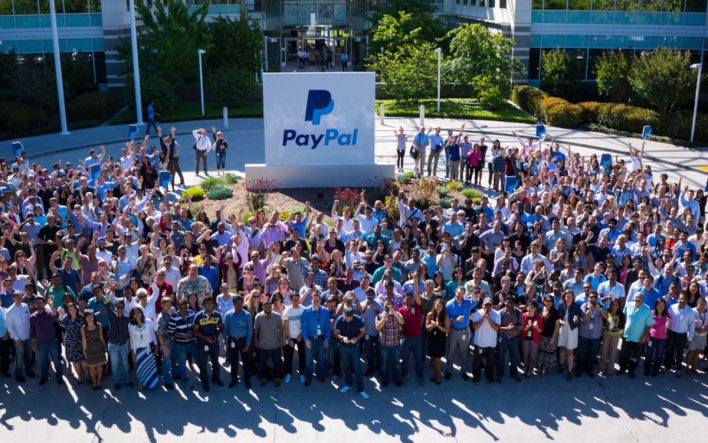 The prominent class-action lawsuit filed against PayPal and its allegedly illegal account confiscation policies has been escalated with the launching on Friday of an intake site where purported victims may register and potentially join the action. The new site, called paypalclassaction.net, explains the basics of the action filed two weeks ago while offering PayPal’s alleged victims the chance to submit their own stories and supporting documentation.

The lawsuit, which has yet to receive official certification as a class action, was inspired by PayPal’s seizure of more than $12,000 from 2003 WSOP Main Event champion Chris Moneymaker. As word of plans for a lawsuit by Moneymaker became public, PayPal quickly refunded the funds it had previously seized. By that time, however, numerous other aggrieved parties had contacted Moneymaker’s attorney, Eric Bensamochan, with similar account-seizure stories.

When filed, the revised action featured another poker pro, California’s Lena Evans, as its lead plaintiff. As the complaint detailed, Evans , the founder of the women’s poker group Poker League of Nations (PLON), asserted that PayPal had confiscated nearly $27,000 from one of her PLON accounts without any formal explanation. Evans replaced the money personally and moved to a different online wallet, assuring that her group’s charitable operations continued without interruption.

The action as filed includes two other plaintiffs besides Evans, though over a thousand possible victims have contacted Bensamochan about joining the suit since news of it became public:

In the last week alone we have had over 1,000 inquiries! We are in the process of building an informational website where we will post updates as the case progresses.

The common theme among the PayPal users’ complaints is the method in which the alleged illegal confiscations occurred. First, the aggrieved users reported their accounts frozen and inaccessible for months, while PayPal refused to communicate specifics about why the accounts had been frozen.

Then, after a minimum of a 180-day period, as stipulated in PayPal’s acceptable use policy (AUP), PayPal then confiscated the account balances without a specific declaration as to what AUP violation had occurred. “Your PayPal account is limited, you waited for ~180 days and you see this message?” the paypalclassaction.net site asks.

Further, in many instances, PayPal had specifically awarded itself a $2,500 fine from those balances, debiting the withdrawal as “damages caused by Acceptable Use Policy violation.” In all instances as filed in the proposed class action, however, the accountholders were stripped of the entirety of their funds.

Moneymaker remains as advisor to other alleged victims

Though his own potential claim was rendered moot by PayPal’s refund, which he stated arrived without explanation, Moneymaker remains livid at PayPal and its seizure policies. Moneymaker has Tweeted and re-Tweeted several news items related to the suit. Those include the Bensamochan Tweet above and another which declares that lawful daily fantasy sports play — the specific use for which Moneymaker’s funds were seized — should not have to fear a service such as PayPal:

“[N]ow we ALL coming @PayPal @AskPayPal,” Moneymaker Tweeted on January 17.

PayPal has had a long anti-gambling history. It enjoyed some unofficial popularity as a transfer channel to some offshore sites in online gambling’s earliest days. Under perceived threats of prosecution, similar to what later befell sites such as NETeller, PayPal has long banned all “gambling”-related transactions. The giant online wallet has for years been accused of overblocking otherwise legal services.

Bensamochan, the action’s lead attorney, told Poker.org that he was overwhelmed with the initial response from aggrieved PayPal users. “The response to the filing of the class action lawsuit against PayPal has been overwhelming. As a result of the demand and for the need to keep the community updated, we created www.paypalclassaction.net along with the Twitter account @ppclassaction. We will be posting regular updates as the case progresses. All future inquiries should be emailed to intake@paypalclassaction.net.”