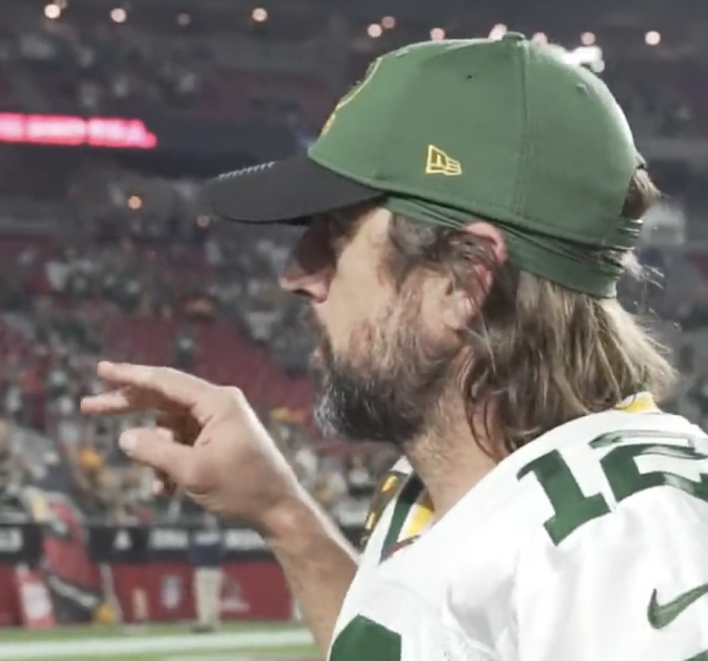 The Super Bowl may be on the horizon, but today we have perhaps turned our attention away from the big game in Los Angeles on Sunday and instead focused on the NFL at large.

That’s because yesterday the NFL announced its major individual awards for the season, as well as naming those who would be inducted into the Pro Football Hall of Fame in the Class of 2022.

Aaron Rodgers of the Green Bay Packers, at least for the time being, landed the award for the second year in a row, and for the fourth time in a rich and storied career.

He beat off competition from Tom Brady, Rams duo Matt Stafford and Cooper Kupp, running back Jonathan Taylor of the Colts and Bengals duo Joe Burrow and Ja’Marr Chase to land the honor.

Rodgers, after accepting the award, said that he would make a decision on his future imminently, stating he would let those interested know his intentions “in the near future” and that he was “not gonna keep a lot of people waiting.”

The remainder of his conference, which turned more into a grilling of his future than his achievements of the past season, saw Rodgers non-committal on his future, stating that all options, including retirement were still very much on the table.

and coaches over the course of the season and as should be fitting for the teams set to contest the Super Bowl, there were Rams and Bengals players amongst the big winners.

However, Coach of the Year wasn’t one of them as that went to Tennessee Titans head coach Mike Vrabel, a deserving win for the coach who has turned the Titans into perennial playoff contenders since taking over at the helm and led them to the top seed in the AFC this year.

Rams wide receiver Cooper Kupp deservedly earned the Offensive Player of the Year and Andrew Whitworth was named the Walter Payton NFL Man of the Year.

Joe Burrow earned the Comeback Player Of The Year Award for the Bengals and Cincinnati also saw Ja’Marr Chase take the Offensive Rookie Of The Year prize.

Micah Parsons of the Dallas Cowboys earned Defensive Rookie of the Year Honors, with TJ Watt being named the Defensive Player of the Year.

This year’s Hall of Fame class features no 1st time eligible players for the first time since 2012. Instead, the ten NFL stars that will enter Canton are:

Bengal’s tight end C.J.Uzomah is battling to be fit for the Super Bowl but has already explained what he intends to do if the Bengals land the win on Sunday.

He said that he will fill a bath with Cincinnati-style chili and put on some trunks before enjoying a bath, or perhaps more.

“You put it in a swimming pool, I’ll dive in there and eat my way out” Uzomah said.

The tight end is still being evaluated by the Bengals as he seeks to get fit enough to play in the Super Bowl but given his jovial outlook in the interview, the signs look positive that he will be able to start.