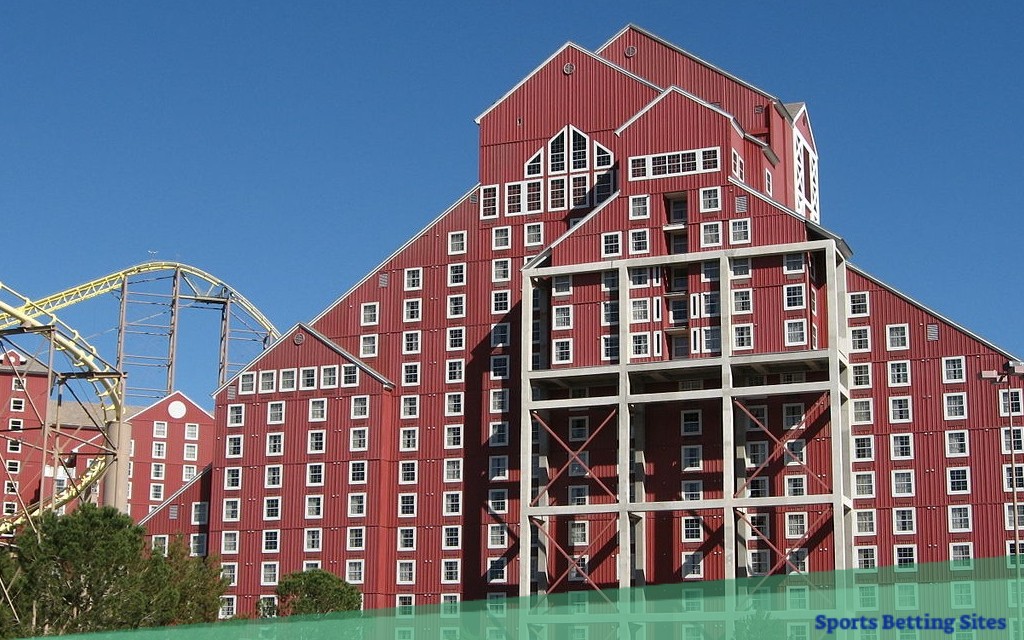 Primm on the California/Nevada border, where Nevada residents flock to buy lottery tickets

With Las Vegas widely regarded as the gambling capital of the world, a lot of people are stunned when they find it’s one of only five USA states that hasn’t actually got a state lottery.

We’ll go into this in more detail later, but bizarrely, one of the main reasons why, if not the main reason why, there is no Nevada State Lottery, is because Vegas is such a large gambling hub.

In other words, those in charge of the gambling hub, prefer to maintain the status quo.

Below we look into the current Lottery situation in Nevada.

Does Nevada have a State Lottery?

No, as things stand there is no official state lottery in the city of Las Vegas or the state of Nevada.

Back in 1864, the banning of lotteries was part of the ratification of the Nevada State constitution.

It has remained that way until this day.

There was an exception to the ‘no lottery’ status granted in 1990. This was to allow charities to offer lotteries.

Over the years there have been attempts at getting the constitution changed. But ultimately, they failed.

As recently as 2009, a bill was passed by the Nevada Assembly, but it was knocked back by the state senate.

More than 20 attempts at getting the Nevada constitution changed to allow lotteries have failed since 1975.

Which USA states don’t have a State Lottery?

As things stand, only five states in America don’t have a State Lottery.

Of those five, Alabama has seen some amendments tabled in recent years, but again, the right packages haven’t been presented.

There is also a very conservative approach applied by the lawmakers of the Yellowhammer State.

Alaska has seen attempts to create a lottery blocked.

There is thought to be no political or religious reasons for this, more just a case that the right amendments have never been tabled.

With the state’s oil revenues raising plenty of cash, the argument can’t be made on the grounds of financial needs.

Hawaii has also so far resisted change. Again, there have been amendments tabled, and they have all been knocked back.

Now deceased former state senator Daniel Inouye is believed to have once said that gambling was not a good fit with the state’s tourism industry.

Inouye maybe 10 years dead, but that belief still exists to this day.

Finally, in Utah, there are religious and conservative objections to gambling in the Beehive State.

Utah is a very strict state when it comes to all sorts of vices. For example, their alcohol and tobacco laws are also amongst the strictest in the US.

Is there optimism for a Nevada lottery?

Yes and no is the answer there.

To expand further, the state of Mississippi is heavily influenced by the casino industry, and they managed to introduce a lottery in 2019.

So if it can be done in Mississippi, then there has to be hope in Nevada.

But on the flip side of the argument, any moves to introduce a Nevada State Lottery will come up against the might of the Nevada Resorts Association, which represents the state’s gaming industry, and vehemently oppose a lottery or anything they believe will take any revenue share away from its sector.

There is room for both, not least Nevada residents who have no interest in casinos, or slots, and simply want to play a lottery.

Nevadians have been known to cross the state borders into neighboring California and Arizona to play the lottery.

2018 is one such example when residents traveled to Primm on the California/Nevada border to buy Mega Millions tickets for a $1 billion draw.

I’m sure that scene is replicated weekly, and it goes to show how residents of Nevada would embrace a lottery if ever given the chance.

US Powerball and Mega Millions

These are the two main US-wide lotteries and are available in all 45 states where lotteries are legal.

It’s these two lotteries in the main that cause residents of states like Nevada to head out of town to enter.

This is obviously not very easy to do if you live in Alaska or Hawaii. But for residents of Nevada, Utah, and Alabama, a short drive across the border to play Powerball or Mega Millions is a common procedure.

Sadly, while the landscape in Nevada is dominated by the casino industry, it looks highly unlikely that the situation will change anytime soon.

As things stand, there are no bills expected to be approved anytime soon.

Meaning, for now, the biggest winners will be the owners of the Lotto stores situated on state borders, along with any gas stations in the same areas.

See below the top sportsbooks where you can wager online and choose the best one for you: