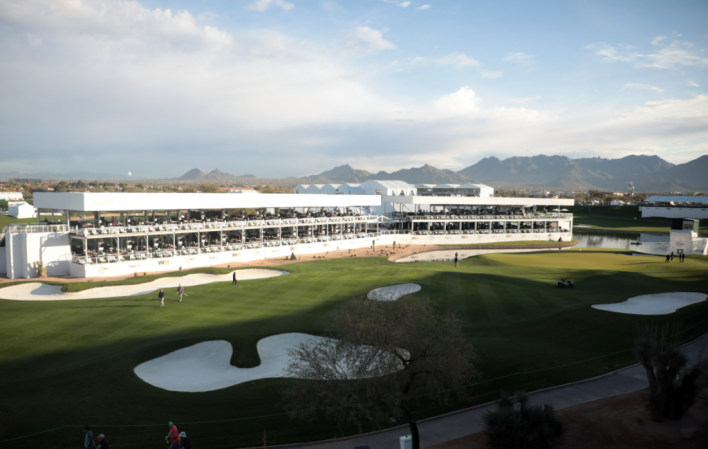 One of the least appealing sponsors for the PGA Tour has to be Waste Management. Company performance and operational efficiency aside, it’s easy to consider this a crappy tournament on the surface. The truth of the matter is, Phoenix has an outstanding course, and this tournament has been surprisingly entertaining in the past.

Scottsdale is lovely this time of year. That’s partly why this tournament always seems like a summer event. Aesthetically, the course really encapsulates the beauty of the western United States. Since 1987, TPC Scottsdale has been home to the Phoenix Open. The TiffDwarf grass really shows well in the winter, but this course typically doesn’t produce low scores (not lately anyways).

Last week didn’t go to plan, but I would urge you to go out and find another analyst who had a stronger week than we did. We managed to hit on two of our picks (Smotherman T-40 & Catlay T-5). On the season, we are still up +3.8 units, despite the slow slide after our opening article on the season.

This week, we are going with the big guns. After a few events lacking star power, the pressure turns-up this week in Phoenix. The back nine on this course will make and break the field this week. The elite players will take advantage of the 15th, while the water on the 18th could cost some dearly. You aren’t going to want to miss the action this weekend, leading-up to the Super Bowl.

Metrics to track this week

This week, we’re looking at the golfers who have done well here in the past, as well as those who excel in GIRP. We’ll really be focused on the big names, due to the difficulty of scoring over a four-day period. This course awards good, opportunistic golf (Birdie avg is important) and punishes those who aren’t consistent and disciplined.

Jon Rahm has not “dropped off”. Just to be clear, Rahm has only played in four events this season and has shown frustration over some of the events thus far (particularly with the courses). This, however, is one course in which Rahm has been consistently strong. Rahm has played this course six times and finished no worse than 16th and no better than 5th. His finishes are 13,9,10,11,16,5. If past performance is any indicator, we should feel good about Rahm this week.

Spieth sure caught a lot of us off-guard last week. Pebble Beach was just his 5th event of the season and prior to the tournament, Spieth hadn’t broken a finish of 20th. That all changed last week when Spieth fired a 63 in the third round and finished 2nd at 17 under par. More importantly, Spieth has played this event five times and finished T-10 in three of them. In fact, he’s either finished inside the top 10 or failed to make the cut.

Spieth’s advanced stats are favorable on this course, as he’s shown in the past. This season, Spieth looks to be going in the right direction and tracks well on the critical metrics for this event. He’s currently 24th in GIRP, 10th in Birdie avg, 38th in Strokes Gained: Off-the-tee, and 49th in Strokes Gained: Total. Let’s hope Spieth’s 2nd place finish last week was more indicative of his current form, rather than a reflection of the lackluster field.

Russell Henley is our NBA Jam pick of the week. Last season, we rode this pick to mixed success, as consistency outside of Rahm and Cantlay was hard to find down the final stretch of the season. Russell Henley is currently on fire, as he’s 14th in the FedEx Cup standings. He has four finishes T-22 or better in his last four events. Two of those (HP Open & Sony Open) were inside the top 10. He finished 30th here last year, but given his form, we are optimistic.

Louis Oosthuizen was a clutch play for us down the stretch last season. He’s yet to play in 2022, but Louis finished the 2021 season 14th in the FedEx Cup standings. On this course in particular, Louis has finished this course inside the top 11, both times he’s played. He finished 3rd in 2017 and 11th in 2021. Though he’s coming into this tournament cold, Louis finished inside the top 38 in his last two full events (W/D at the CJ Cup).

Short Putt – Two Players to finish in the top 5

We were leaning Xander here, but he’s been quite underwhelming thus far on the season. Scheffler makes a lot more sense at the same +400 odds. On the season, Scheffler is 23rd in the FedEx Cup Standings and just 25 years old. He finished 4th at Mayakoba, 2nd at the HP, 2nd at the Hero World Challenge, and top 25 finishes in his last two events (American Express & Farmers Open). Scheffler has played this event twice, finishing 7th here a year ago.

The key metrics this week for Scottie are good enough. He’s 25th in GIRP, 33rd in Strokes Gained: Total, and 13th in Birdie avg. It’s a small sample size for Scheffler on this course over his young career, but he looks very promising and is approaching his prime age for the sport.

Justin Thomas is in the prime of his career, possibly (because who really knows with golf, anyways). JT has only competed in five events this season, finishing T-20 or better in all five. JT has three top 5 finishes among them and should be one of the legit favorites this week. Thomas has finished 17th or better five of the seven times he’s played this event. In his last three attempts, he’s finished top 3 twice.

The Metrics don’t completely align for JT this week, but we can see through some of the fog. Thomas is 1st in Birdie avg, 1st in Sand Save pct, 17th in GIRP, 20th in Strokes Gained: Approach, 15th in Strokes Gained: Tee-to-green, and 29th in Strokes Gained: Total. He hasn’t had an especially busy season thus far, but JT has emerged from hiding to play this entertaining tourney, and we wouldn’t be shocked to see him crack the top 5 again.

In the Hole – One Player to Win

Viktor Hovland is probably the best golfer in the world under the age of 25. Like Scheffler, Hovland doesn’t have the large sample size, but he’s been incredibly solid in his youth. The 2020 WM Open was Hovland’s first and only crack at this tournament and he failed to make the cut. He skipped the event last season (his breakout season), so he should be considerably better this time around.