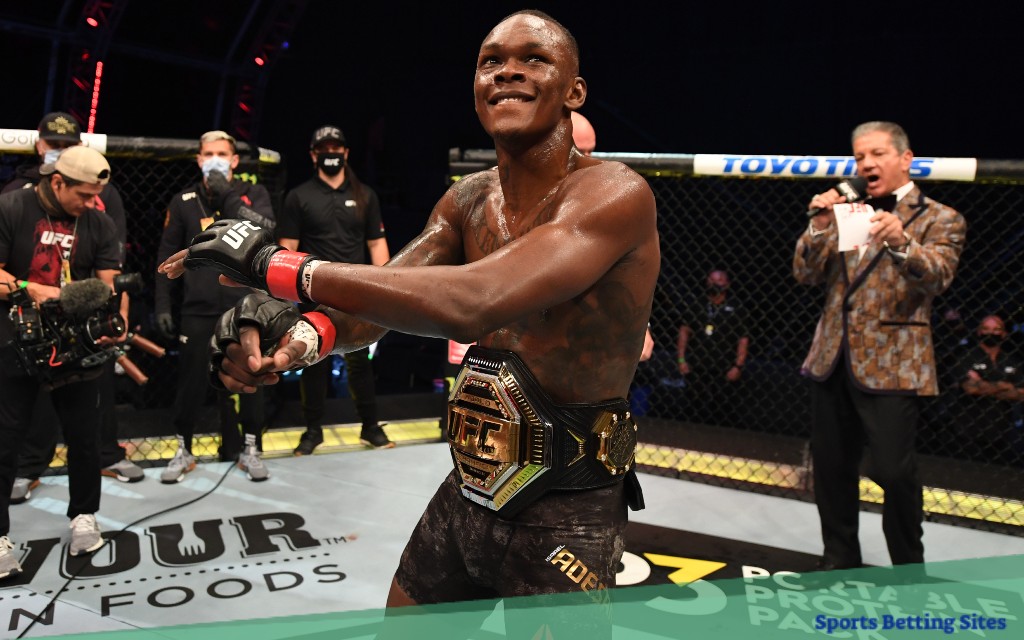 Who: The two main fights at UFC 271What:  Ultimate Fighting Championship UFC 271: Adesanya vs. Whittaker IIWhen: Saturday, February 12, 2022Where: The Toyota Center in Houston, Texas

Following a dynamic UFC 270 card, this weekend’s main event card will feature some stellar mixed martial arts action. In the second main event, heavyweights Derrick Lewis and Tai Tuivasa will square off for a chance to shoot up their weight class rankings. However, the match of the night will be the middleweight championship rematch between the challenger Robert Whittaker and the champion Israel Adesanya.

Below, SBS will break down these two main matches and what to look for from each competitor.

What to look for from: Israel Adesanya

Since their collision at UFC 243, Adesanya has been a shooting star in the middleweight division. After knocking out Whittaker in the second round at 243 to unify the middleweight title (Adesanya was the interim champion at the time), the 32-year old Nigerian has gone 3-1 in fights since. However, his only loss is sort of a misnomer since it was to go up a weight class and fight for the UFC Light Heavyweight Championship against Jan Blachowicz at UFC 259. With an unblemished middleweight record at 20-0, Adesanya has a ton of momentum heading into Houston. As far as how the fight might end up, the Nigerian-born fighter has notched 15 of his 21 wins by way of knockout and is a fierce striker and kickboxer.

What to look for from: Robert Whittaker

Opposing Adesanya will be the challenger Whittaker who is a tough striker as well and has earned the nickname of “Bobby Knuckles”. A former interim UFC Middleweight Champion, Whittaker currently holds a 23-5 record in MMA and is riding a three-fight win streak with all the victories coming by way of unanimous decision. However, he has not fought since April of 2021 so there could be some ring rust there. Nonetheless, the Australian is a talented competitor who will make for a strong opponent against Adesanya. If the fight does go the distance then that is where Whittaker could have the edge but it will be an uphill battle.

Prediction: This will be a tough bout, but look for Adesanya to retain the title by way of unanimous decision.

What to look for from: Derrick Lewis

The record holder for most knockouts in UFC history, the “Black Beast” is always a must-watch fighter. Since his loss to Ciryl Gane at UFC 265 for the interim UFC Heavyweight Championship, Lewis rebounded with a knockout victory over Chris Daukaus at UFC Fight Night in December. With 21 of his 26 victories coming by way of knockout, there is perhaps no other fighter that is as devastating with his hands than the Cypress, Texas native. Currently, recognized as the No. 3 competitor in the heavyweight division, Lewis can also mix it up on the ground as illustrated by his blue belt in Brazilian Jiu-Jitsu.

What to look for from: Tai Tuivasa

Opposite of Lewis will be the 28-year old Tuivasa also known as “Bam Bam”. A professional fighter since 2012, Tuivasa currently holds an MMA record of 13-3 and an impressive professional kickboxing record of 14-2. After a three-game losing streak from 2018-19, Tuivasa has strung together four consecutive wins all of which coming by way of knockout, including a first-round victory over former NFL player Greg Hardy. The Australian has earned three Performance of the Night bonus awards throughout his UFC career and this upcoming battle with Lewis will be a great test in determining if he is ready to challenge for the heavyweight crown.

Prediction: Lewis and Tuivasa clashing will be a great illustration of power in the UFC. With being capable very competitors, look for youth to have the slight edge here with Tuivasa coming away with the victory.

How to place your UFC Bets

When it comes to UFC Betting Sites, like BetOnline, it is incredibly helpful to have options to make sure all of your betting strategies are aligned correctly.

One thing to make note of when it comes to using these platforms is making use of all the bonus resources at your disposal. When you are trying to figure out which options and bonuses might be the best for you, these websites make it easy to understand what the ideal path to wagering looks like for you. Then when you are ready to place your bets, make sure to sign up at multiple sites so you have your pick of the litter when it comes to finding the best options and the highest bang for your buck.