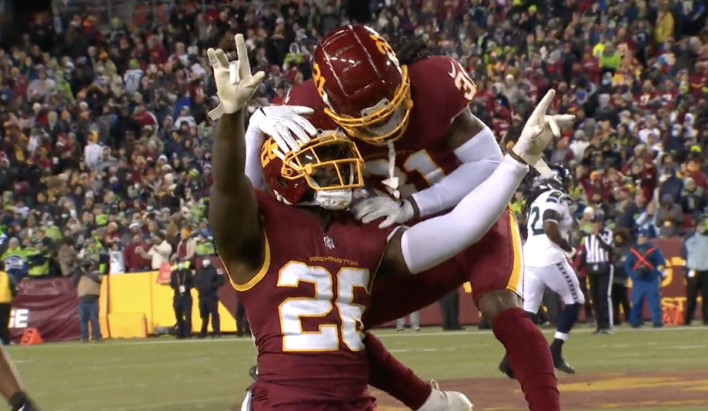 After a process that lasted almost two years, the owners of the Washington Football Team have announced the new name for the team after using the generic Football Team tag for the last couple of seasons.

That name is the Washington Commanders.

Team President, Jason Wright, said that “it’s a name that has the weight and meaning befitting a 90-year-old franchise,” when he appeared on the Today show on Wednesday morning.

How Will The Rebrand Look?

As part of the rebrand, the team colors will remain unchanged with the red and gold being their primary colors, with their second and third uniforms black and gold and white and red.

However, the Washington Badge will be focused on the capital W, incorporating other elements such as the D.C flag as part of the design.

The Washington Football Team will rebrand as the Commanders, nearly two years after dropping its longtime name and logo under pressure. https://t.co/XMgEheW65M

Wright said that he wanted the team’s fans to get involved in helping Washington come up with a new design for a mascot and new fight song for the team.

The Team President also said that a number of other suggestions, such as Red Wolves and Warriors had been ruled out either because the difficulty of using a name that had been all or partly trademarked by another team, or that it had too close links with Native American themes.

Washington moved to change their original “Redskins” name in 2020 after the murder of George Floyd and the nationwide outcry that followed, against endemic, overt and systemic racism in the United States.

Pressure on the franchise grew for a name change and Washington adopted the Football Team tag as a placeholder until a new name could be decided.

The team also moved to ban spectators from wearing Native American inspired apparel inside the ground, including headdresses and face paint, ahead of the start of the 2021 NFL season.

With the announcement being made just a few hours ago, there has been a mixed reaction to the new name on social media.

We’re all disappointed with Commanders, but the unpaid intern given 1 hr to design logo should be compensated! Is it required to say “Washington Commanders Das People’s Team” with a German accent? Heil Snyder!https://t.co/J4B6YZxEUG

Several fans have already pointed out that Commanders was used by San Antonio in the ill-fated Alliance of American Football league just a couple of years previously.

Several fans have complained about the change, with others more accepting of it.

The name is solid, and after the shock wears off fans will accept it. Still not a fan of their new badge; good on them for bringing in past titles to connect to history, but it feels more soccer than American football and could be simplified. pic.twitter.com/ggYC4uUV6u

There has also been flak for what appears to be a hastily designed logo, with the tagline “The People’s Team” that has appeared online, with one fan setting up a spoof GoFundMe page in order to pay the “unpaid accounting intern” the $12.50 per hour that they should have been paid for their 60 minutes of work!

It is clear that Washington’s owners and management team still have plenty to do to convince that the Commander name is one that fans will come to embrace, although as one fan has noted in it’s defence.

“So many people just can’t cope with change, any change.”