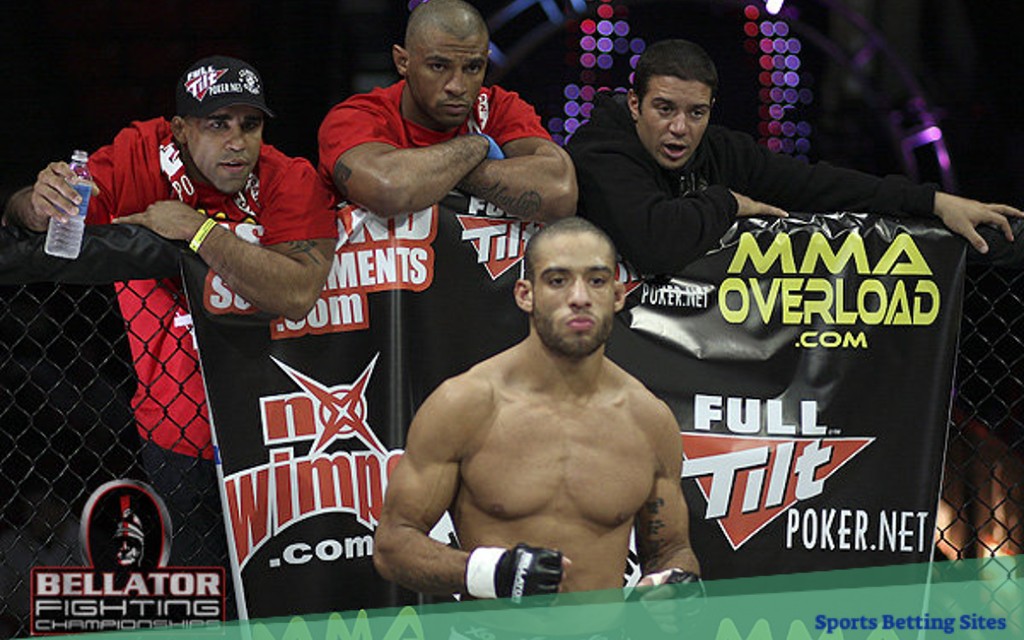 Who: A closer look at the two main bouts at Bellator 274 What:  Bellator 274: Gracie vs. Storley When: Saturday, February 19, 2022Where: The Mohegan Sun Arena in Uncasville, Connecticut

Scheduled for the middle of February, this month’s Bellator MMA extravaganza will feature a stacked card at the Mohegan Sun Arena. In the main event, No. 4 ranked Neiman Gracie will square off with Logan Storley, the fifth-ranked welterweight, at the top of the evening. Beyond the clash of the top-10 170 pounders, another welterweight duel will serve as the co-main event. In this bout, former Bellator Welterweight Champion Andrey Koreshkov will lock horns with Chance Rencountre.

Below, SBS will break down these two main matches and what to look for from each competitor.

What to look for from: Neiman Gracie

Part of the legendary Gracie family (fourth generation), Neiman Gracie currently holds a record of 11-2 in professional MMA bouts. As of this writing, Gracie is No. 4 in the Bellator Welterweight Rankings and is angling for his first shot at the championship crown. A well-known submission artist, Gracie has the second-most submission victories in Bellator history at seven. In fact, he holds the record for most submission wins in the history of the Bellator Welterweight division (six). While his submission maneuvers are particularly deadly, Gracie can also win in other ways, as he is coming off a TKO win at Bellator 266 over Mark Lemminger.

What to look for from: Logan Storley

In the opposite corner will be Logan Storley whose credentials have made this bout a near toss-up. A former NCAA Division I All-American wrestler for the University of Minnesota, Storley is a devastating grappler who can hang with almost anyone on the ground in the welterweight division. While Storley has the bonafides of an amazing wrestler, he also can win with his furious fists. The South Dakotan has won eight of his fights via knockout, with his latest victory coming by way of split-decision over Dante Schiro at Bellator 265.

Prediction: A very evenly-matched contest, Gracie and Storley both bring some strong elements to the table. This fight will most likely go down to a split-decision which Gracie will win in the end.

What to look for from: Andrey Koreshkov

Nicknamed “The Spartan,” Koreshkov is a former champion looking to make his way back up the welterweight rankings. The Russian is a World Combat Games gold medalist and has been competing in MMA for over a decade. With a record of 24-4, he is tied for the most wins (14) and bouts (18) in Bellator Welterweight division history. He is also the winner of seasons 7 and 10 of the Bellator Welterweight Tournament. Riding a two-fight winning streak, Koreshkov has a few more fights to win until his title bout, but he has to get through Rencountre first.

What to look for from: Chance Rencountre

A former C3 Fights and DCS Welterweight champion, Rencountre will be no pushover for Koreshkov. A balanced fighter, the Oklahoman has won his fights in a variety of ways. His last two victories coming by way of rear-naked chokes, Rencountre won via knockout six times, decision five times, and submission three more times to give him a final career record of 16-4. This will be his first Bellator fight since Bellator 184 back in 2017. He was announced as the replacement fighter when Mukhamed Berkhamov pulled out earlier this year.

Prediction: With Rencountre coming in as a replacement fighter and perhaps a little cold, this will work in Koreshkov’s favor. Look for the Russian to make the most of this match and win the fight outright.

How to place your MMA Wagers

After you have made up your mind on who you think will win in the above fights, it is always a great idea to check out some different MMA betting sites. For instance, sites like BetOnline (we have reviewed it here for your convenience), have all your odds in one place for easy access. That way you can find the most favorables odds for your selected bouts and the fight parlays that give you the biggest bang for your buck.

Another great resource to always keep track of are the bonuses offered for each betting website. For instance, many websites offer sign-on bonuses for new gamblers and reload bonuses for players looking to bolster their account. This comes in handy when you sign up at multiple websites too since you can get a variety of bonuses and boosters added to your account at pretty much no cost at all. All great things to keep in mind when you are choosing to wager effectively and responsively.