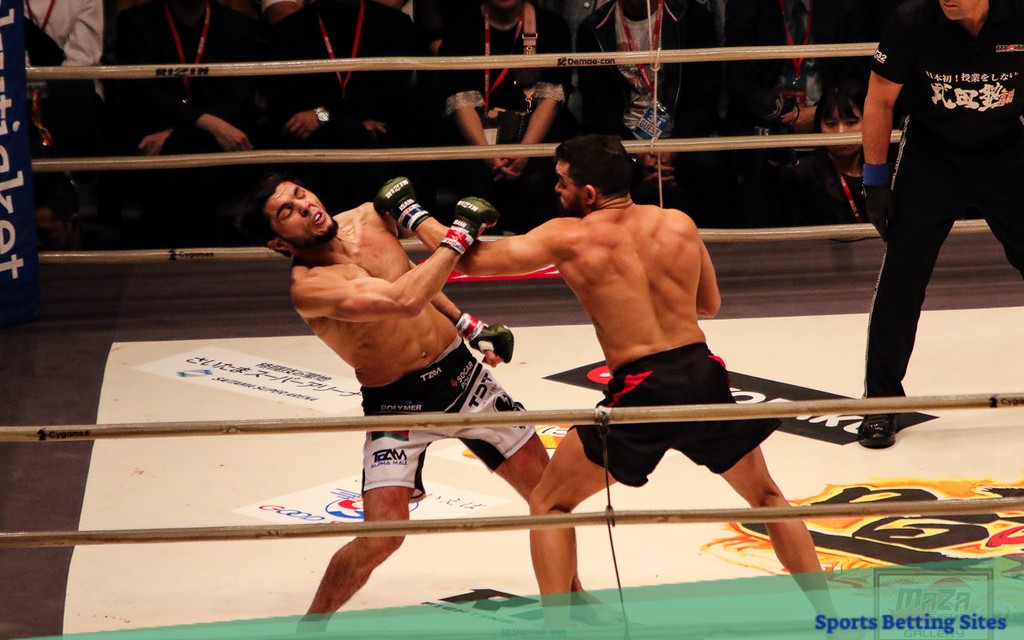 Who: An inside look at the co-main events at Bellator 276What:  Bellator 276: Borics vs. BurnellWhen: Saturday, March 12, 2022Where: The Family Arena in St. Louis, Missouri

In what should be another fantastic showcase event, Bellator 276 is set to kick off this weekend at the Family Arena in St. Louis, Missouri. With a four-fight main card, this event will be particularly top-heavy, especially in the co-main event bouts. In the first main event of the evening, former Bellator Light Heavyweight Champion Phil Davis (the No. 2-ranked fighter in Bellator) will have a showdown with No. 4-ranked Julius Anglickas. For the main event, it will be a Featherweight title eliminator between Ádám Borics and Mads Burnell.

Below, SBS gives you the inside scoop on what to expect from each fighter and who will ultimately prevail in each bout.

What to look for from: Mads Burnell

A former Cage Warriors Featherweight champion, Burnell is currently recognized as the No. 2-ranked fighter in the Bellator Featherweight Rankings. An accomplished grappler, he also won the European Championship in Brazilian jiu-jitsu in 2014. Since losing to Arnold Allen back in 2018 by way of a guillotine choke, Burnell has been on a blistering hot streak. During his recent seven-fight win streak, the Danish fighter went undefeated in Cage Warriors competitions (4-0) and so far, has an unblemished record in Bellator (3-0) as well.

What to look for from: Ádám Borics

Coming into this bout with a career record of 17-1, “The Kid” is a rising star in MMA. Fighting for Bellator since 2017, the Hungarian has only lost once (to Darrion Caldwell at Bellator 238) and is currently riding a three-fight winning streak. With his last two victories coming by way of unanimous decision, the competition has been stiffening up for Borics so this will be a great test against Burnell on Saturday. With six of his victories coming by way of submission, Borics is not afraid to mix it up on the ground which is something to look for in the main event.

Prediction: A fairly even contest, look for the veteran Burnell to pull away here with a unanimous decision.

What to look for from Phil Davis

A former NCAA Division I wrestling champion (he won the title for Penn State back in 2008), Davis made his 2022 Bellator debut. Davis is currently ranked as the No. 4-ranked Light Heavyweight fighter in the world per Fight Matrix and is the No. 2 competitor in the Bellator Light Heavyweight division. Davis has an extensive track record in MMA fighting and currently holds a record of 23-1-6 in his professional bouts. Since his explosive Bellator debut, Davis has accrued a record of 13-3. The Nittany Lion is coming off a split-decision victory over Yoel Romero at Bellator 266.

What to look for from: Julius Anglickas

An extremely well-conditioned athlete, Anglickas is coming off of a loss to light heavyweight champion Vadim Nemkov in the 205-pound title bout fight. Prior to that, Anglickas had been riding a nine-fight winning streak with several of his wins coming by way of knockout (two), submission (four), and unanimous decision (three). While his last fight had a disappointing finish against Vadim Nemkov (submission by Kimura lock), Anglickas is one of the most dominating athletes in the division.

Prediction: With these two big dogs squaring off on Saturday, it will be a must-watch bout. One note does stick out though as both fighters have come up short against Nemkov in recent fights. With Davis losing by unanimous decision at Bellator 257. Look for this bout to be another close battle though as Davis will win by split-decision Saturday night.

How to place your MMA Wagers?

Once you have done all of your pre-fight research, it Is a no-brainer to check out our different MMA betting sites. As an example, sites like BetOnline (check out our handy review right here as well), have all the MMA odds in one place for easy access. That way you can have all of the odds and fighters in one easy-to-find space which will help you organize your wagers and parlays to find the biggest bang for your buck.

The fun does not stop there as there are the bonuses offered for each betting website that SBS covers. As some of you may know, many websites offer sign-on bonuses for new gamblers which Is a great way for players to bolster their accounts. A great tip here is to sign up at multiple websites too since you can get a variety of bonuses and boosters added to your account at pretty much no cost at all. These are all great tips and tricks to keep in mind as you gamble actively and responsibly.