PokerStars founder Isai Scheinberg’s extraordinary legacy to poker has been officially recognised with an Outstanding Achievement Award, presented tonight at the International Gaming Awards in London.

Scheinberg accepted the honour in person at the International Gaming Awards ceremony at the Savoy Hotel, an annual gaming industry event that coincides with the ICE London gaming industry conference and exhibition.

The annual award goes to a man who, together with his son Mark, worked so hard to build PokerStars into a global leader. He achieved this while always putting the game and players’ interests first.

In typically modest fashion, he took to the stage tonight and said the success of PokerStars was down to so many people in the company – and he wanted to thank them. 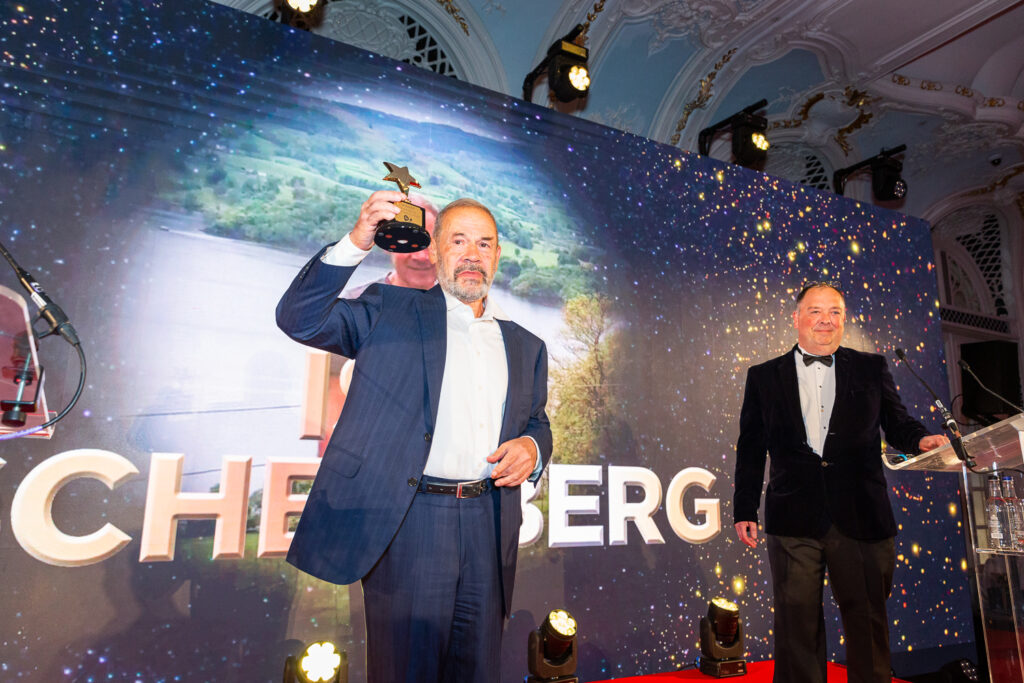 Leading poker players led the tributes to Scheinberg in support of his Outstanding Achievement Award, and these were played by video to guests at tonight’s ceremony.

Daniel Negreanu recalls how he first met Scheinberg when they played poker together in Canada way back in the 1990s. Negreanu, one of the world’s finest poker players, went on to represent Scheinberg’s company as a member of Team PokerStars for many years. Here’s what he had to say in full.

An early success story for PokerStars was the momentous World Series of Poker main event victory for Chris Moneymaker, who had qualified via PokerStars. Moneymaker’s win set the poker boom into full swing, and he became an early member of Team PokerStars. It was this period when he first got to know Scheinberg and recognised his qualities as a businessman and caring person. 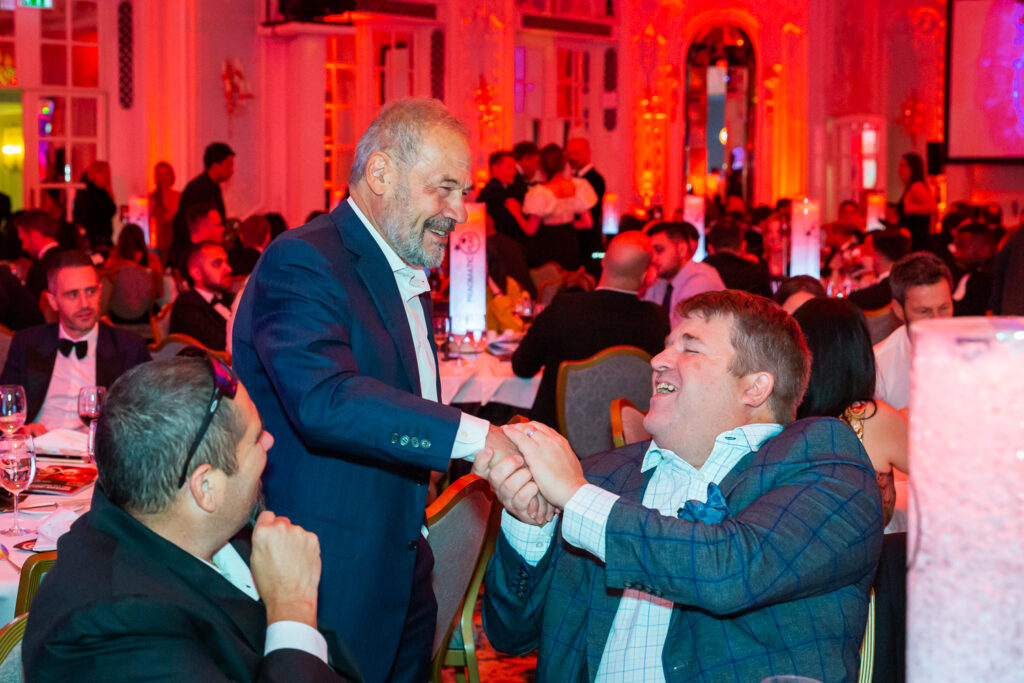 You can see comments from Chris Moneymaker (who joined Scheinberg and his family at the awards tonight) in this video.

One of the many great accomplishments for PokerStars was launching the poker careers of countless players. Many of them, including Lex Veldhuis, now spread interest in the game via live streaming. Here’s his take on Scheinberg’s impact on poker.

As PokerStars grew, so did the spread of poker around the world. In South America, players loved the challenge of playing each other online and at live poker events. Andre Akkari, from Brazil, became a member of Team PokerStars, and his views on Scheinberg’s incredible legacy will resonate with many.

And chess queen and poker player Jennifer Shahade paid tribute to Scheinberg’s support for chess as well as the game of poker – and wonders what’s next for him.

First and foremost, Scheinberg is a poker fan

Scheinberg was – and remains – a fanatical poker player who steered the company from a start-up in 2001 through the online poker explosion of the early noughties and beyond. If one act sums up his attitude towards the players, it was buying the doomed Full Tilt site after Black Friday and repaying all its customers in full.

That unprecedented generosity, perhaps one that no business will ever repeat, cost PokerStars $547 million but spoke volumes for the integrity of Scheinberg and his company.

Scheinberg has always shunned the limelight, preferring to praise his former employees and the loyalty of customers for PokerStars’ success. The business was sold to Amaya for $4.9 billion in 2014.

In a rare and candid interview with Poker.Org last year, he reiterated his love for poker. He still enjoys playing and hopes to take part in the WSOP in Las Vegas this summer. With such an incredible association with the game, would you bet against him going deep?