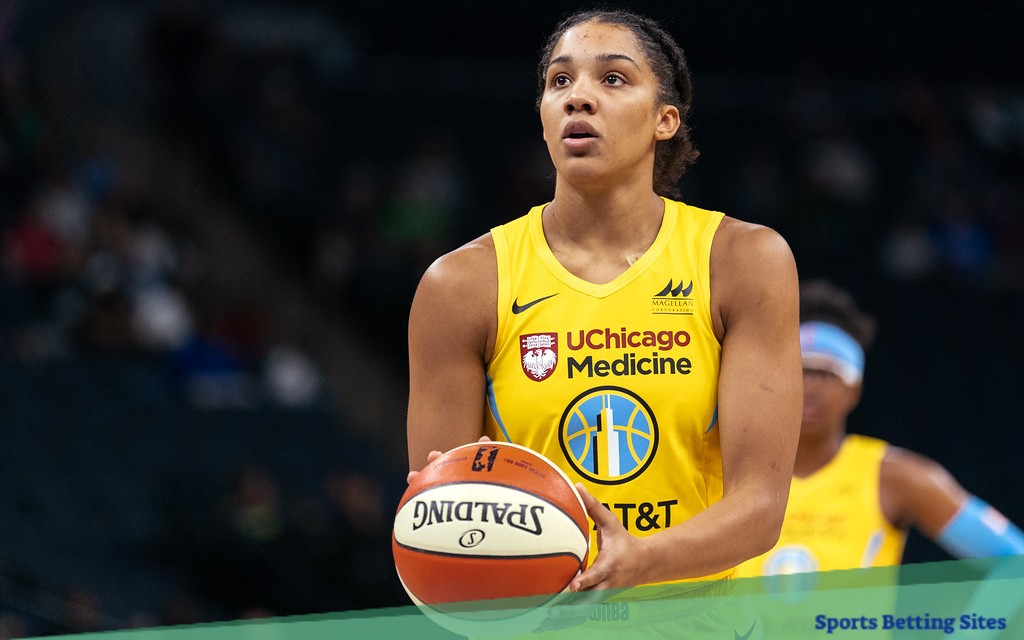 Who: The top three teams favored to win the 2022 WNBA FinalsWhat:  The 2022 Women’s National Basketball Association (WNBA) season When: The WNBA season runs from May to September for the regular season and the WNBA Playoffs are from September to October 2022Where: Various cities across North America

Kicking off earlier this month, the 2022 WNBA season is in full effect. Following the dramatic conclusion of the 2021 season, which saw the Chicago Sky notch their first ever WNBA championship, there are a slew of contenders vying for the 2022 title. For instance, the Las Vegas Aces are one of the hottest teams in the league, but have yet to win a WNBA title. Moreover, an Eastern Conference power, the Connecticut Sun are also in the mix for taking home a title.

Below, SBS goes over what each team brings to the table and who will ultimately be victorious in the 2022 WNBA Finals.

Favorites to Win The 2022 WNBA Finals

Considered one of the hottest teams in the league, the Aces have a lot of star power on their roster. Led by the forward A’ja Wilson, Las Vegas finished the 2021 season with a record of 24-8, good for first place in the Western Conference. Wilson was dominant last year, leading her squad in both points (18.3 per game) and rebounds (9.3). In addition to their star small forward, the Aces also feature two other WNBA All-Star selections from last season on their current squad. This includes Chelsea Gray and Dearica Hamby. Though they did lose Liz Cambage to the conference rival L.A. Sparks, the Aces still have a ton of firepower. Finally, Las Vegas has the luxury of having the reigning WNBA Sixth Woman of the Year, Kelsey Plum, who could step into an even bigger role this season.

Finishing as the No.1 team in the Eastern Conference last season, the Sun had a great campaign in 2021. After finishing the regular season with a final tally of 26-6, the team earned the top seed in the 2021 WNBA Playoffs. Also with their win total of 26, Connecticut tied their franchise record for most regular season wins in team history (this mark also occurred in 2005 and 2006). While the Sun did have a ton of regular season success, they unfortunately came up short in the postseason. After splitting the first two games of the series, Connecticut was unable to outlast the Chicago Sky in the Windy City and ended up losing the series, 3-1. They will be looking for more this season though and will feature the amazing duo of Jonquel Jones (2021 WNBA MVP) and Jasmine Thomas (WNBA All-Defensive Team selection).

The 2021 WNBA champions, the Sky started making all the right moves last season at the right time. Following an okay regular season (they went 16-16, good for second in the Eastern Conference), Chicago went on a tear in the postseason. Entering the WNBA Playoffs as the sixth seed, the Sky demolished the Dallas Wings in the first round, 81-64. The Sky then went on to knock off the Minnesota Lynx in the Second Round of the tournament, 89-76. As mentioned above, Chicago was then able to take down the Connecticut Sun in the semifinals, 3-1.

Buoyed by some spectacular performances from their three stars – Kahleah Copper, Candace Parker and Courtney Vandersloot – the Sky defeated the Phoenix Mercury 3-1 to win the 2021 WNBA Finals. With all three players returning in 2022, Chicago is looking to make even more history. After being only the third team in league history to reach the championship round with a regular season record of .500, Chicago showed that anything is possible. Could they win again in 2022? History has shown that they can never be counted out.

Prediction: Wth 2021 being one of the most unpredictable years in WNBA history, could this year be similar? In the case of a new champion being crowned, the answer is yes as the Las Vegas Aces will take home their first-ever WNBA title in 2022.

Some final thoughts on placing your WNBA wagers

One of the most exciting leagues in North America, the WNBA is a fantastic sport for wagering. If you are not satisfied with just betting on the WNBA though, perhaps you should check out our comprehensive SBS guide on NBA gambling as well. Here you can find the latest information on all games for that league. Moreover, if you would like to juice up your bets then the SBS breakdown on the finest welcome bonus offers is another fantastic resource to get the biggest return on investment. Finally, if you are uncertain on how to place your wagers, SBS has you covered with a guide on all payment options accepted at different sites.