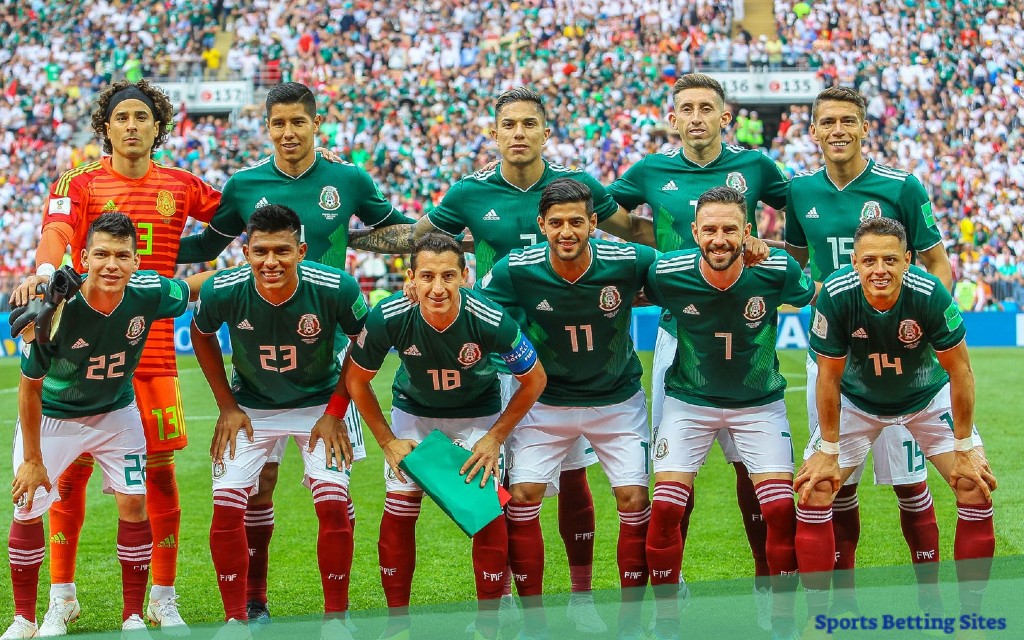 Serving as a qualifying portion for the biggest sporting event in the world, the 2022 FIFA World Cup qualification in the CONCACAF (members of the Confederation of North, Central American and Caribbean Association Football) section winds down this month. This round of qualifiers will run from this Thursday, March 24 to March 30 and will feature three slots and one inter-confederation play-off slot in the final World Cup tournament. As of this writing, both the United States and Mexico are in position to qualify directly to the World Cup. The two squads have a strong international soccer rivalry and this will renew on Thursday at Estadio Azteca in Mexico City.

Below, SBS breaks down what to look for from each squad in the match and who ultimately will secure those valuable points necessary to qualify for another World Cup.

What to look for from: The United States Men’s Soccer Team

Seeking their eleventh FIFA World Cup appearance, the U.S. men’s soccer team is currently in second place in the CONCACAF standings at 6-3-2 (W-D-L). With 21 overall points and a +9 goal differential, the Americans have been able to cruise past most of their competition other than losses to Canada and Costa Rica. The Americans have had success against Mexico during this portion of CONCACAF qualifying (which started back in early September of 2021) with an unblemished 2-0 record.

Led by head coach Greg Berhalter, the U.S. has started to incorporate a wave of new talent onto their roster since their 2019 Gold Cup Final defeat, 1-0, at the hands of Mexico. Athletes like Gio Reyna, Christian Pulisic, and Weston McKennie all have gotten experience playing for top European clubs during the pandemic which has led to an influx of enthusiasm around the team. As of late, this group has won some bigger CONCACAF tournaments against Mexico which include the inaugural CONCACAF Nations League (3-2) and also the 2021 Gold Cup. The squad also made history in 2021 when they set a program record for wins in a calendar year with 17 victories, two losses, and three draws.

What to look for from: The Mexico Men’s Soccer Team

One of the six countries in the world to qualify consecutively since 1994 for the World Cup, Mexico is looking to build on its CONCACAF legacy. The Mexican national team has won eleven confederation titles, including eight CONCACAF Gold Cups. With their last Gold Cup title coming back in 2019, Mexico will be looking to add to their World Cup momentum in this latest matchup with the rival Americans. As for their World Cup track record, Mexico has advanced to the Round of 16 since 1994 and currently sits in third place in the CONCACAF group qualifying standings at 6-3-2.

In early 2019, Mexico received a new head coach in Gerardo Martino. After his appointment as the leader of the national team, Mexico would go on to win that year’s Gold Cup 1-0 over the United States. In World Cup Qualifier matches in 2022, Mexico has notched a perfect record of 2-1-0 (W-D-L) with victories over Jamaica and also Panama. In terms of their squad, defender Héctor Moreno is second on the squad with 121 caps (with five goals) for the national team while goalkeeper Guillermo Ochoa leads the team in overall caps at 125. Forward Raúl Jiménez is the most prolific goalscorer for the national team with 29 international goals.

Prediction: With the game being contested on Mexican soil, look for Mexico to have the home crowd advantage here in what will be a hard-fought battle. While the Americans have the upper hand as of late over Mexico, the home team will prevail at Estadio Azteca.

How to place your CONCACAF Soccer Bets

As you wrap up your wagers with soccer, make sure to check the SBS breakdown on soccer betting sites. This will be your go-to source for trusted reviews made by the expert betting team at SBS. Also, looking for a sportsbook to place your bets? Why don’t you check out our reviews, like our BetOnline Sportsbook Review. With our handy reviews you can know what you are getting into with each site and be a pro before you even start. Finally, with crypto more prevalent than ever, check out our guide on how to bet with Bitcoin so you are ahead of the game.